Salz IT represents Lantek in Austria

Salz IT Solution is the new Lantek premium partner in Austria. The newly founded company takes over consulting and support for Austrian customers of the software specialist for sheet metal processing and intends to expand its portfolio. Company founder Rene Gruber sees "a lot of potential for digitalization catching up" in the Austrian sheet metal processing industry. 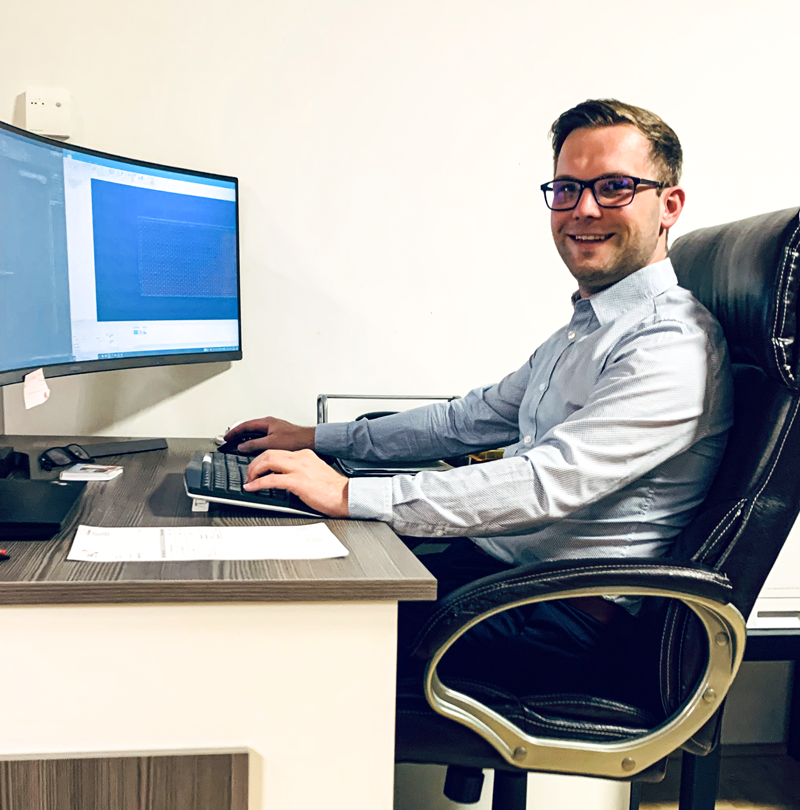 "Austria is not yet very advanced in terms of digitalization," says Rene Gruber about the general mood in his home country. "We Austrians are a bit more cautious, slower - and believe that some aspects of digitalization are not fully developed yet." However, currently the market is moving because the government is giving incentives to invest in computers and software. "There are now a lot of funding opportunities that companies can take advantage of." Gruber wants to do some persuasion here.

Until now, Lantek’s Austrian customers have been supported by the German office. Since Salz IT was founded at the beginning of 2019, they now have a contact person directly on site, based in the Upper Austrian community of Ohlsdorf, between Linz and Salzburg in the Salzkammergut - hence the company name. Salz IT is now one of Lantek’s 24 premium partners worldwide - complementing Lantek’s 20 locations in 14 countries to form a dense network of advice, assistance and support.

"We are glad to have in Rene Gruber a partner who knows our programme inside and out", says Christoph Lenhard, head of Lantek’s German office. He has known him for over twelve years from his former employer in the steel industry, where Gruber worked with Lantek software. "He has an excellent knowledge of machines and technology, can develop customizations, i.e. tailor-made customer solutions, for our Integra and MES software modules and much more. He also knows our target group in Austria very well and can therefore seamlessly take over, continue and intensify the consulting and support for our customers".

Salz IT does "everything digital", says Gruber. "From setting up PCs and telephone systems to installing servers, setting up networks and linking locations." His customers come from all industries. As a Lantek partner, he currently advises and supports mainly the company’s existing Austrian customers. Gruber continues, "Last year we concentrated on building up our business. This year, we will focus on the acquisition of new customers." Gruber currently has one employee; more are to follow.

Lantek’s customers in Austria are mainly in the sheet metal working sector, but there are also tile and stonemasonry companies that cut using water jet technology. Their size ranges from small craft businesses using only the Lantek Expert punching module, to a group of companies working in a network in multiple locations and with a tailor-made software suite of several Lantek modules. Salz IT advises customers, designs and installs solutions for them, trains the staff and then provides ongoing support. All the while, Gruber and his colleagues continue to be supported by Lantek’s German office and, if necessary, by the company headquarters in Spain.

Gruber sees the benefits that in depth hardware knowledge at Salz IT can bring to both Lantek and Austrian customers. "We can offer the complete range and, if required, install computers and servers, set up networks and then implement Lantek’s software solutions to meet the needs of each company", says Gruber. He emphasises, "We don’t interfere with our customers’ IT - but if we are asked, we can offer hardware solutions that meet the exact requirements of Lantek software".

Lantek is a multinational leading the digital transformation of companies in the sheet metal and metal industry. With its patented manufacturing intelligence software, it enables factories to be connected, turning them into Smart Factories. It rounds off its range of services with CAD, CAM, MES, and ERP solutions for companies that manufacture metal parts from sheet metal, tubes, and profiles using any cutting technology (laser, plasma, oxycut, waterjet, shearing and punching). Lantek’s U.S. Headquarters are in Mason, OH.

Founded in 1986 in the Basque Country (Spain), one of the main European hubs of machine tool development, Lantek enables the integration of sheet metal and metal processing technologies using the most advanced manufacturing management software. The company is currently the outstanding leader in its sector thanks to its capacity for innovation and commitment to internationalization. With more than 23,700 customers in over 100 countries and 20 offices in 14 countries, it has an extensive network of distributors with an international presence. In 2019, its international business contributed to 86% of its revenue.

Founded in 2019 by Rene Gruber, Salz IT offers IT, EDP and network solutions to companies in all industries. Salz IT is Lantek’s premium partner for Austria - mainly for companies in sheet metal working, but also for all companies that cut or punch materials in any way. It offers the entire Lantek portfolio of products and services, from initial consultation to installation, training and support. The company name "Salz IT" comes from the Salzkammergut region in the Austrian province of Upper Austria, where the company has its headquarters.