The Minister of Economic Development, Sustainability and Environment of the Basque Government visits the TRUMPF headquarters in Germany together with Lantek

This official visit, within the framework of the Basque Government’s official trip to Germany, underlines its excellent relations with Lantek in the interest of the innovation and internationalisation of Basque companies. | The visit legitimises Lantek’s international position within the industrial giant TRUMPF and reinforces the institutions’ commitment to Basque companies. 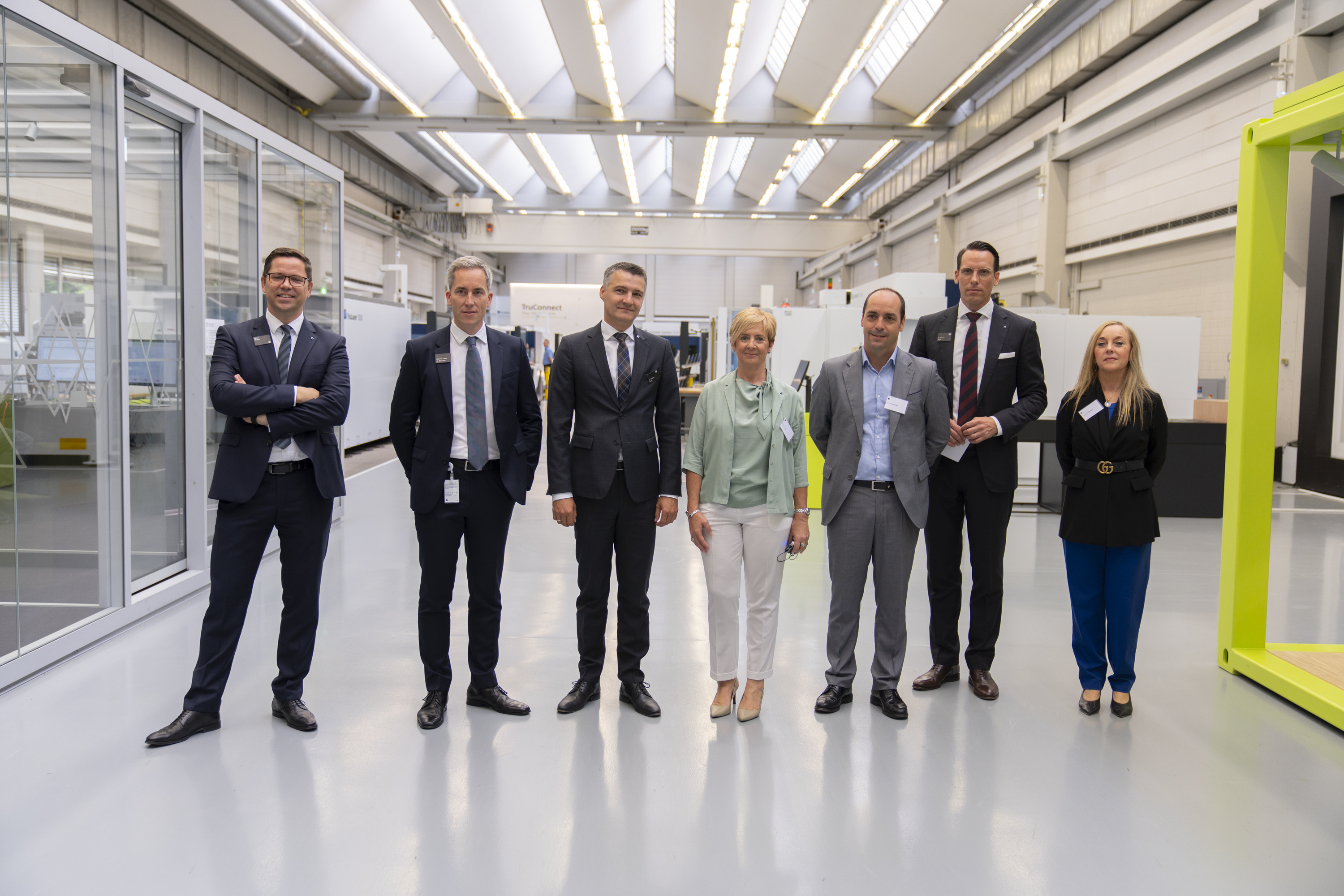 Vitoria-Gasteiz, 7th of July, 2022.- The Minister of Economic Development, Sustainability and Environment of the Basque Government, Arantxa Tapia, has led an official visit to the TRUMPF headquarters in Germany with Lantek, a multinational company focused on the development of industrial software solutions and the digital transformation of companies in the sheet metal sector.

Accompanied by Alberto López de Biñaspre, Lantek CEO, Arantxa Tapia arrived at the TRUMPF headquarters in Ditzingen, where they were received by senior executives of the German company, which has an annual turnover of over 3.5 billion euros and has 15,000 employees around the globe.

With this visit, the Basque Government Minister has seen, first-hand, both the company’s facilities and the expansion and growth project launched by Lantek, which places the Álava-based company in an important strategic position within the technological development of the German multinational.

This visit is part of the Basque Government’s official trip to Germany. Its objective is to reinforce and strengthen relations with German companies with interests in the Basque Country, such as the Mercedes-Benz Group, and to reinforce the economic development of Basque companies and their commitment to innovation and internationalisation, something of which companies such as Lantek are a clear example.

In March 2021, the Basque technology company Lantek announced the agreement they have made with the German company TRUMPF, in an aim to consolidate the latter’s commitment to independent cutting technology software. Thanks to this agreement, Lantek’s clients will benefit from a close exchange in the key technologies of the future: Artificial Intelligence, Big Data models and integrated process control.

This isn’t the first time that the minister has met with Lantek. Arantxa Tapia already carried out an official visit to Lantek’s headquarters, located in the Miñano Technology Park (Álava), in May 2021, proving the excellent relationship between the two organisations and reinforcing their support for the growth of the Basque economy and the visibility of its companies abroad.

As López de Biñaspre pointed out during the visit, "at Lantek, we wanted to highlight our commitment to internationalisation while also showing our strategic position within an industrial giant like TRUMPF. This official visit legitimises our commitment to innovation and the promotion of the Basque economy beyond our borders."

The TRUMPF Group is a high-tech company that develops and manufactures production solutions in the fields of machine tools and laser technology. With over 14,767 employees, the company achieved a turnover of 3.5047 billion euros in the 2020/21 financial year.