Lantek, the new sponsor of the ARASKI AES women’s basketball team in Vitoria-Gasteiz

Lantek is involved on a new and exciting project as part of the social responsibility initiatives it is promoting to encourage the development of female talent, equality and the culture of teamwork. On this occasion, Lantek has signed a sponsorship agreement with the women’s basketball club from Alava (Spain), Araski AES and has become a sponsor of the team, providing it with official sports equipment. 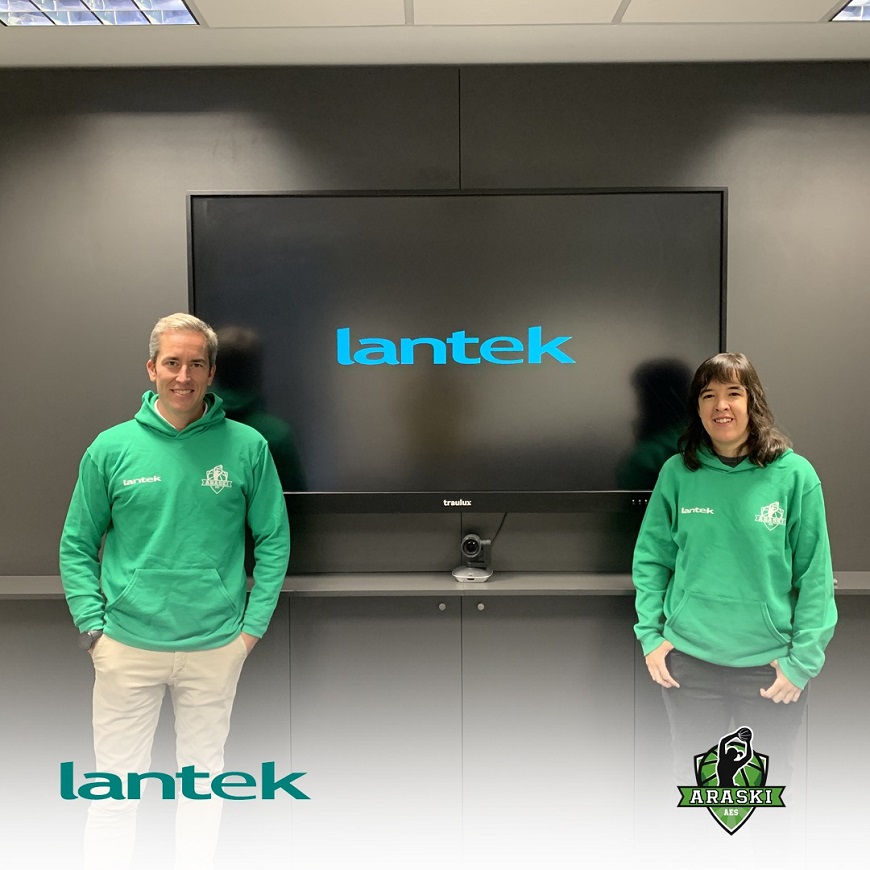 Araski AES has managed to become the women’s sports club of reference in Vitoria-Gasteiz (Álava, Spain) and a symbol of the training and promotion of women in basketball, accompanying and promoting female empowerment through initiatives that strengthen their sporting participation, while working with women in favor of equality. In little more than 10 years we have a team in the highest category, which participates in the main national competitions. It also has a grassroots structure of 24 teams and a pool of more than 300 players of all ages.

"We are very excited about this collaboration, as we believe it is very important to promote women’s sport and give it more visibility because of all the values it reflects, which can be extrapolated to society and business as well," said Gemma Nogales, Director of People Development at Lantek.

Teamwork is an essential part of achieving goals and objectives. The values reflected in sport in terms of learning, effort, self-improvement, perseverance, equality, respect, and companionship have been shown to have a positive influence on people’s attitudes and behavior, making them look out for the common good of the project being developed. Lantek is a clear advocate of these ideas and Araski AES is a clear example of this too.

In this sense, the slogan that it is shown on the equipment worn by the team: "Developed to fight, developed to win", reflects all these values and this culture of effort very well.

"We both share similar values, principles, and we always put people at the center, their talent, as it is the greatest asset you can have. The team’s commitment to its brand is what makes it grow and become a benchmark. This is what Araski AES has shown and what has led us to offer them our collaboration. We defend similar principles of action, and this agreement allows us to take another step forward in our joint work to make them a reality in the future", said the Lantek´s Director.

On the other hand, it should be noted that this initiative is also linked and indirectly aligned with the Inspira Steam program, promoted by the University of Deusto. This initiative, which aims to promote the training and development of female talent, and in which Lantek has been actively participating for 3 years, also aims to support the work carried out by women by opening the doors to quality STEAM job opportunities with future projection, promoting gender equality.