Imagining the future and making it happen: the machine of tomorrow

Share:
Vision and innovation, cloud, modernization of apps and systems, security, services focused on and for the user, hyper-connectivity, artificial intelligence, protocols, IoT, integration... Digitization, a great deal of digitization, and all under the umbrella of Industry 4.0. The future brings with it a world with more options in terms of automation, variety, precision and effectiveness, but also with less complexity, costs and risks. However, before that future arrives, we have to imagine it. Envisioning the future of the metalworking industry and making it a reality is what Lantek is all about. 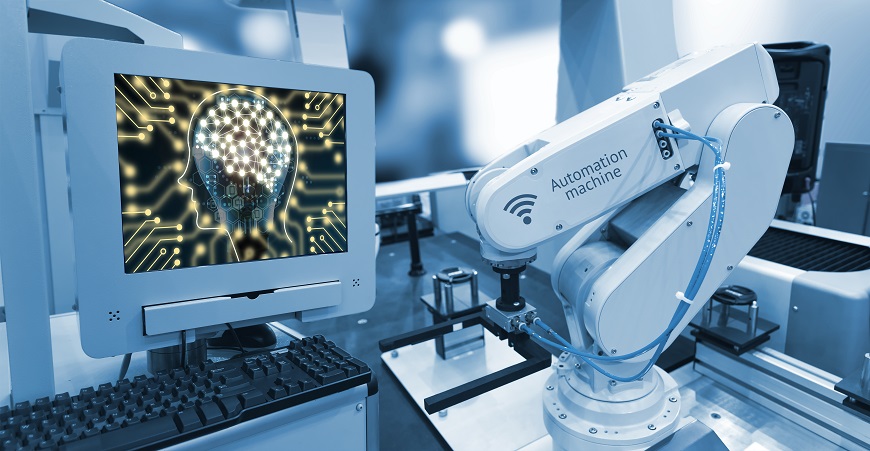 Although it’s difficult to foresee the advances that are still to come, especially if we take into account the frantic pace at which technology and innovation are moving, we can predict trends, especially if we keep an eye on the pulse of the market and listen to our customers.

One thing’s for certain, within the framework of Industry 4.0, software has become the key driver of any modern industry. It’s the heart that moves machines and the brain that helps to enhance, organize, manage, coordinate operations and production processes. In short, it’s what makes it easier for machines to be smarter and, by extension, makes it possible for a company to evolve towards becoming a Smart Factory.

But let’s do a mental exercise and imagine what the machine of the future will be like and everything that we will be able to do with it, although the objective, whether concerning revolution or digital transformation, is to be able to produce more with less. Of course, now with some additions: hyper-connectivity and interoperability, where the machine successfully combines physical and digital technologies and is obviously better prepared to maximize data thanks to next-generation software solutions.

In our factory of the future, we will surely see a machine that is much more integrated and that, thanks to hyper-connectivity, will require less human supervision. In the future, multi-purpose machines will be much more common and will be better integrated with the rest of the plant’s systems. While it’s true that these already exist, they are a "rare species" and seldom seen except in sectors with high automation and predictable production, such as the automotive industry. However, the machines that are to come will undoubtedly be better prepared and equipped to carry out more tasks simultaneously and execute them with greater agility.

Lantek software already includes some innovations of this type. One example is the Lantek WOS system, capable of sending signals to the machine -for example, to start cutting operations-, as well as receiving them from the machine when the process has finished, which allows it to perform certain activities such as collecting the machining of a sheet and storing it in the database. This way, we have a true reflection of workshop activity in the Lantek control panel (MES and Integra) and can also calculate manufacturing costs more realistically.

What’s more, machines of the future are destined to "talk" more, to communicate with the different production systems and understand each other. Up until now, the sheet metal industry has used a myriad of industrial protocols to connect systems. Although automation and interaction between different machines is likely to continue to require low-level protocols, when it comes to controlling systems and accessing the machine from software, the market is increasingly swaying towards the use of standard protocols and, more specifically, OPC-UA.

This protocol, designed for industrial automation, allows information and data in devices to be exchanged within machines, between machines and from machines to systems, and is becoming increasingly popular, not only in terms of its use but also its standardization since there are more and more specifications related to it. In particular, the recent appearance of the specification OPC 40501-1 (OPC-UA for Machine Tools) will most probably boost its implementation immensely.

In this sense, we’re one step closer to making it easier for manufacturers to simplify machine-to-machine (M2M) communication, closing the gap between IT and OT, which will mean a great advance for machines in the future and will offer significant gains in terms of efficiency.

Increased sensorization (IIoT) will be commonplace in the factories of tomorrow. In this sense, one of the aspects that will change the most is data. Although the importance of good data collection and analysis to achieve better operating efficiency has been demonstrated, practically none of the information generated by the machine is currently stored.

This is already changing because more and more companies now recognize the importance of data and see it as something that provides differential value. The machines of the future will therefore incorporate many more sensors and will be prepared for data collection and the processing and subsequent uploading of said data to cloud or on-premise storage systems as just another feature, either directly (Edge computing) or through other plant systems (Fog computing). In our imagination exercise, to say that in ten years’ time fully autonomous factories will be common might be taking it too far, but it’s true that major steps will have been taken in order to incorporate technologies that allow for greater integration and automation, and data exploitation plays a major role in this.

Equally, there’s talk of manufacturing and management in real time, but will our machine of the future be able to foresee, predict or estimate certain company needs in advance? For example, perform an automatic stock check, enable product reordering if necessary and manage independent shipping instructions. While it’s possible that in the long-term future machines will advance in these fields, in the short and medium term, these types of tasks probably won’t be delegated to the machine itself, but to the production management systems under which the machines work. It makes absolute sense for there to be a production orchestrator element in charge of managing all the production needs. In this sense, it’s clear that MES systems will play a very important role, as they will be much more intelligent and will have the capacity to react to incidents.

The role of humans versus that of machines

In our visionary exercise, we’re discussing technologies that are already applied today to a greater or lesser extent (Cloud, artificial intelligence, 5G/6G, IIoT, digital twins...). But these are generic technologies upon which everything else is built and are only the tip of the iceberg in terms of what’s to come.

Obviously, none of this will be possible without direct or indirect intervention from people. Machines may advance a lot, but it’s humans who design them and make them viable, not everything can be automated. Traditional tasks like maintenance, supervision or management will still be shouldered by people. It’s unrealistic to think that machines won’t need human supervision, but automation will allow the same person to carry out more work than they currently can, which ultimately results in increased production and greater profitability.

The industry is rapidly expanding in terms of digital transformation and it needs solutions that suit its new setting. Obtaining quality information in as little time as possible, reducing processing time, making immediate data-based decisions, planning production or complying with demanding regulations are just some of the challenges it faces. Ultimately, it’s about being smarter, with the help of machines. There are many pieces to the jigsaw that is the factory and machine of the future. The challenge lies in making them all fit together in the best possible way. 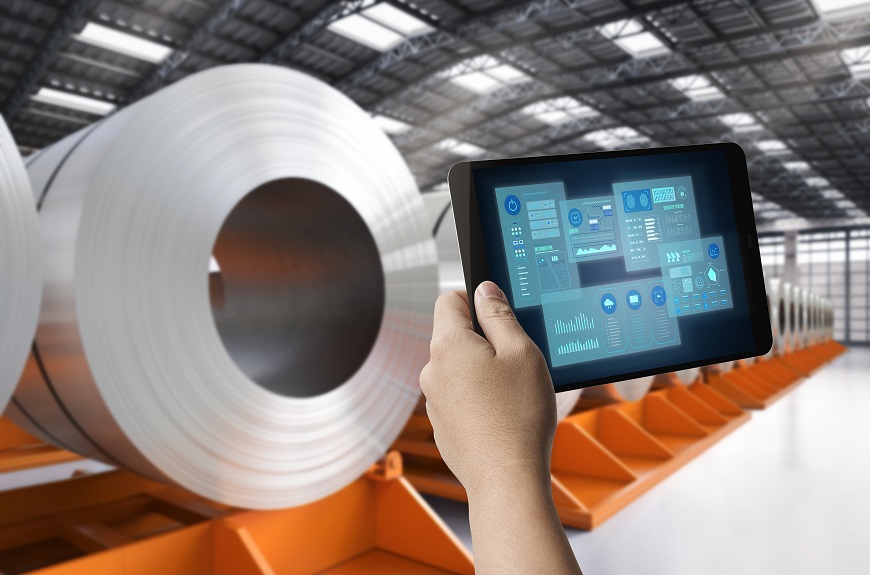 Artificial Intelligence (AI) is becoming a key technology for the optimization of production processes and can be especially useful in sheet metal cutting factories from the automation of processes to the creation of quotes, cost control in real time, management of the cutting process or through expert guidance, using AI, of the machine configuration process or in the selection of the most suitable environment configuration to optimally manufacture production orders. 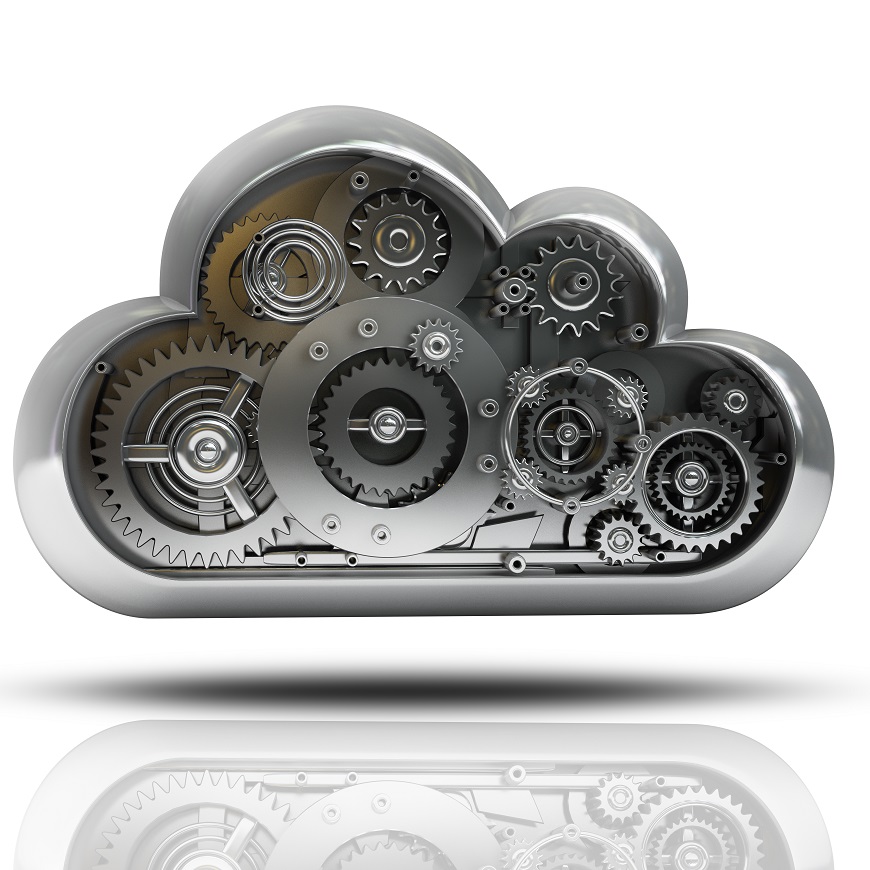 4 challenges in migrating applications to the Cloud

For many companies, the journey to the cloud presents itself as a challenge. Its enormous benefits are obvious: cost reduction, access from anywhere and any device that is connected, immediate and unlimited scalability, integration of programming languages... Advantages that imply such substantial savings and efficiency that it’s impossible to ignore that we are now in the era of Cloud software. Technology replacement will be unstoppable in years to come. For this reason, it’s essential to do it safely, gradually and without interruptions that slow down the company’s operation. Finding suitable partners to ensure a smooth landing is crucial in order for successful migration to the Cloud. 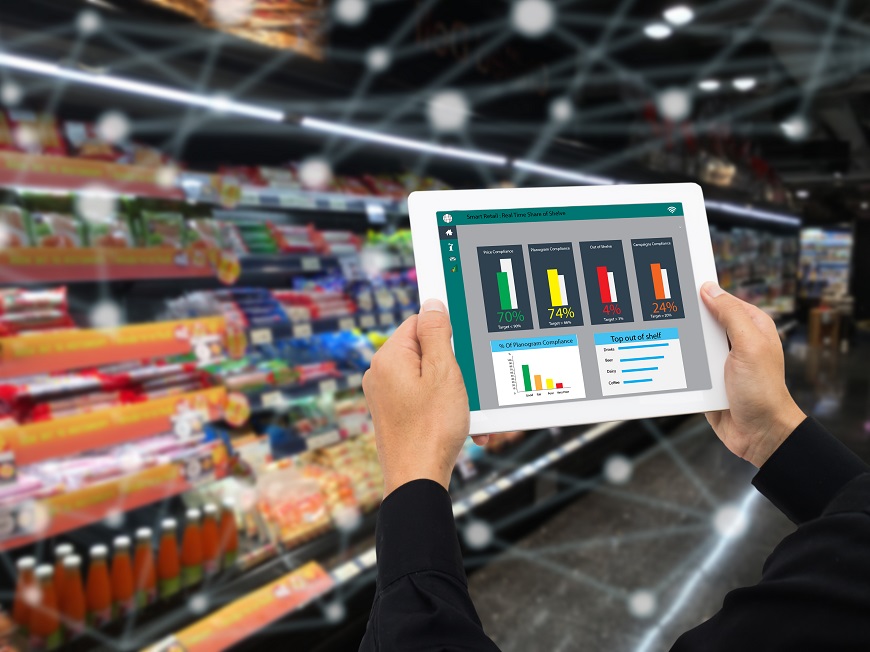 Food display cabinets, refrigerators, endcaps, shelves, display cases, etc. The world of point of sale equipment in the retail sector is as diverse as are its requirements. Retail establishments require customised equipment, designed according to the specific characteristics of each premises and the type of food and drink to be preserved, with different sizes and configurations to suit the retail space, not to mention the finishes. All this is must be configured and production must be precisely controlled, adjusted to meet the time constraints of each order.