February 11th, International Day of Women and Girls in Science

Share:
Since the United Nations General Assembly established the International Day of Women and Girls in Science in 2015, in an aim to remind us about and, above all, value the role that women and girls play in science. Various activities are held on this day to disseminate the work of female researchers and spread the word about female references in science, with initiatives aimed at showcasing their work and the factors that affect the current situation of women working in STEM areas (Science, Technology, Engineering and Mathematics) along with workshops, conferences and events where scientists share their personal experiences. 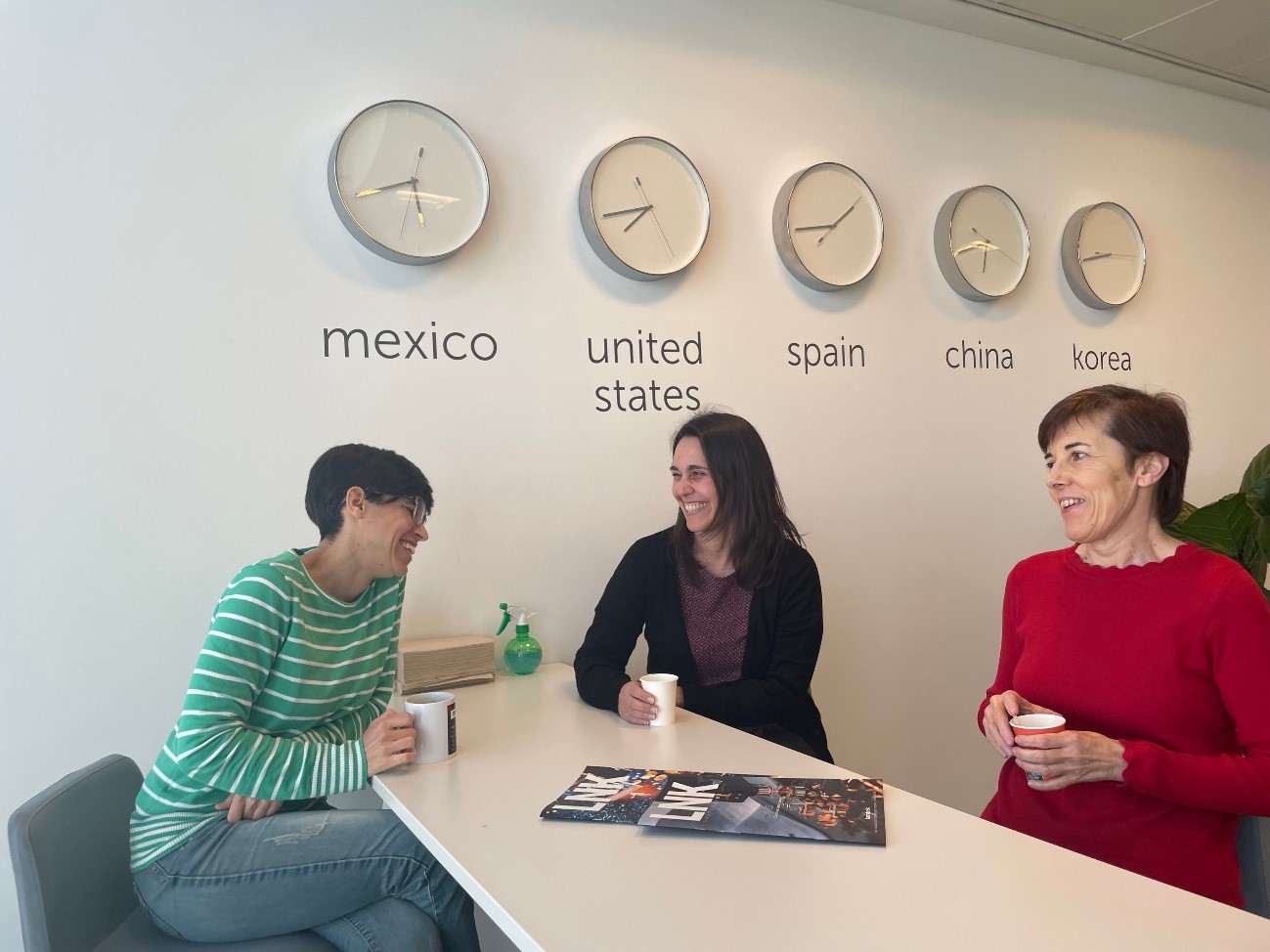 Lantek shows its feminine side

That’s why Lantek is collaborating in the Inspira STEAM project. Thanks to this initiative, our technical female professionals have the opportunity to become mentors and promote the scientific and technological vocation of elementary students.

Additionally, this year, we wanted to find out, first-hand, about the motivating factors, careers and expectations of five female scientists who work at Lantek. They’re experts in different areas, with different ages and interests, but they all share a passion for science.

Their first steps in science

Raquel Saenz Tejeda has just joined Lantek and is in charge of carrying out adaptations for ERP (Integra) and MES (Manager) products. "Ever since high school, I knew that science was what interested me the most. As for why I opted for computer engineering, it wasn’t only because technology interested me, but also because, back then, it was one of the options with the best job opportunities". 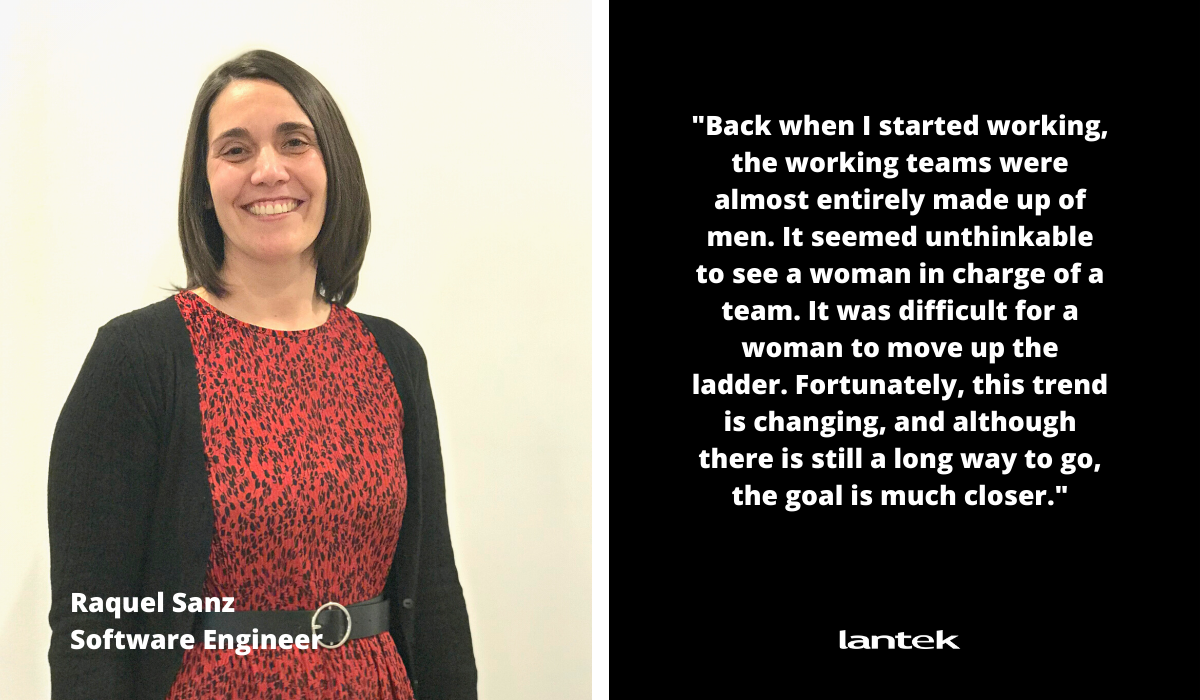 Lidia Almazán is a member of the research and development department in the artificial intelligence group Merlín and is in charge, together with the rest of the department, of finding solutions, using artificial intelligence to facilitate our colleagues and clients’ work. A specialist in data science, she analyzes data and applies algorithms to resolve or improve the situations we face at Lantek. "I’ve always been a very curious person, and "just because" was never a good enough answer for me. I loved seeing how things worked and playing around with technology and computers. I took my first programming course when I was just 11 years old. Even though I wasn’t sure which degree to choose at first, Stephen Hawking’s book "History of Time" helped me to choose physics.” 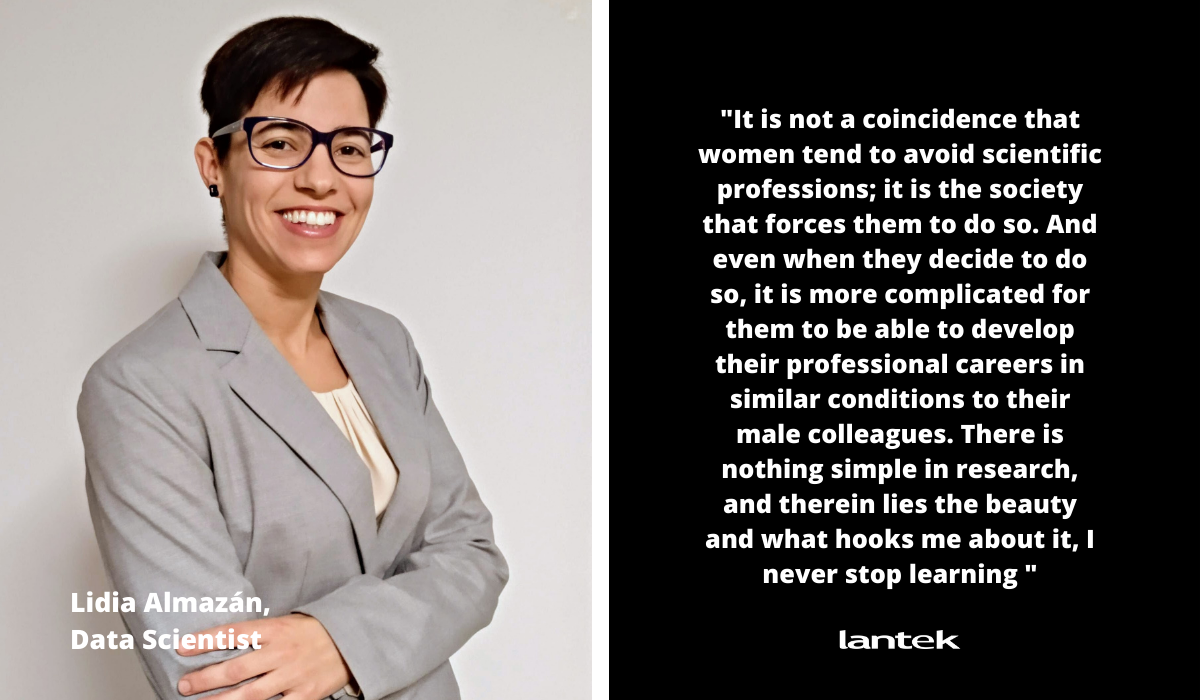 Maria Jose Ureta Eguizabal has over twenty years of experience in application design and development. After a four-year break to spend more time with her family, she joined the Lantek R&D department. She’s a member of the Sherlock team and, together with her colleagues, designs and develops applications with .NET and Angular. "I always knew that I liked science and, what’s more, I was good at math too. In the early 80s, a Spectrum computer arrived at my house and while all my brother wanted to do was play with it, what I did was program small games that I copied from a magazine. That’s where my interest in computers and programming began, and I started thinking about studying Computer Science, but finally, when I had to decide on something more specific, I chose to study Telecommunications." 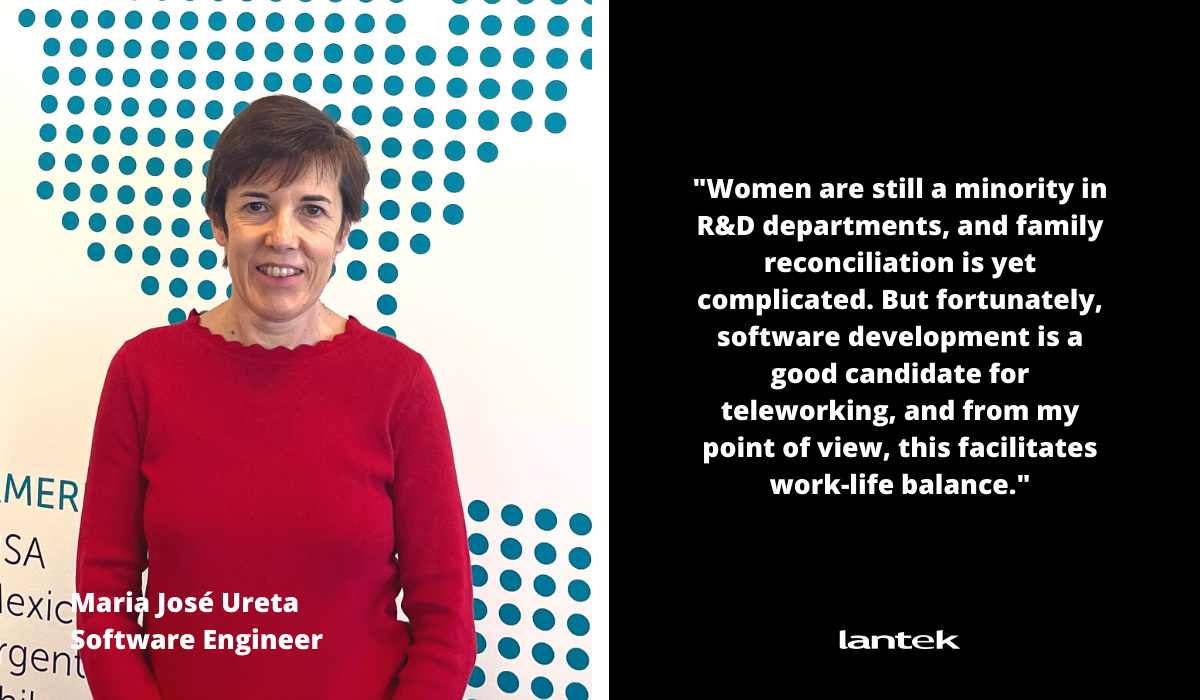 Imara Taboada is part of the Lantek software development team, specifically, our Lantek Expert software. "I actually decided that I wanted to be an engineer while I was studying engineering at university. I think it’s really difficult to decide what you want to do professionally when you’re still at high school. I knew which professions I didn’t want to do and I chose then to study Telecommunication Engineering because I liked the subjects included in it. Once I was already studying at university, I found out that I loved electronics and programming.” 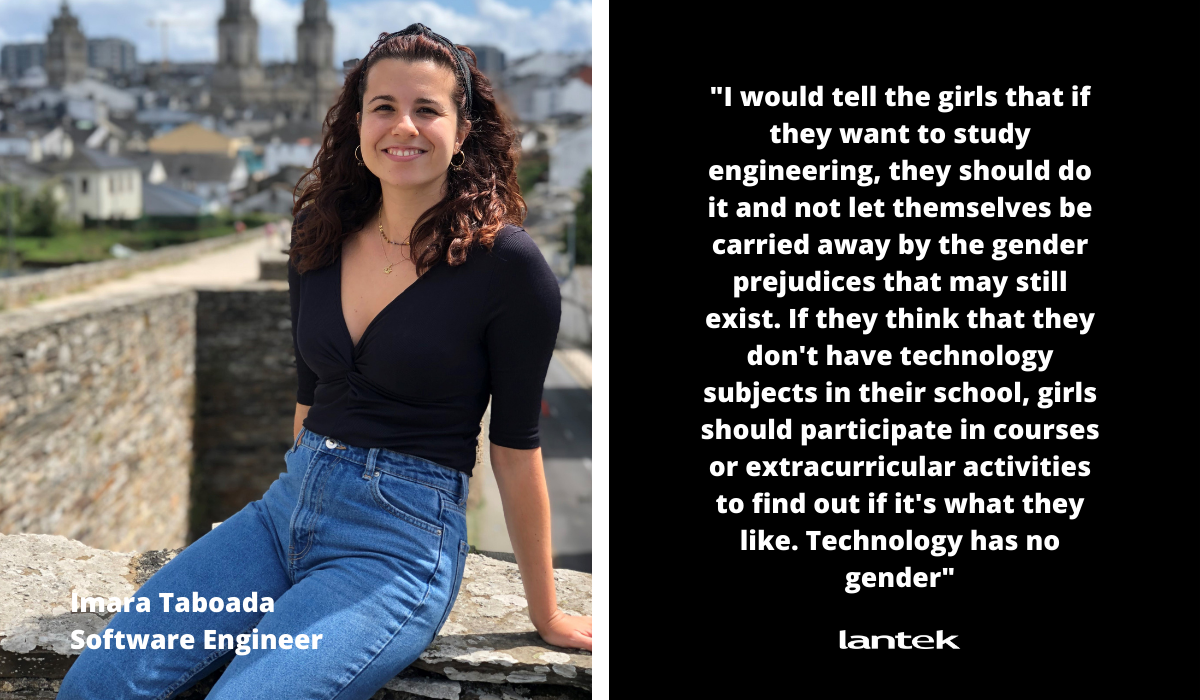 Ania Ruiz works at meeting customers’ needs and, despite initially thinking that the most complex part was going to be the technical side of things because it requires a lot of knowledge about our software and the general management of a company in the metal sector, she’s realized that the biggest challenge is actually communication with the client. "The truth is, I always knew I wanted to be an engineer, even though I wasn’t 100% sure what that meant. From a very young age, I was an inquisitive little girl who needed to understand how everything worked. It scared me to think that it was a man’s world and that perhaps I wouldn’t fit in or become a good engineer, but I was so wrong, you only need look at the number of women engineers who have made history." 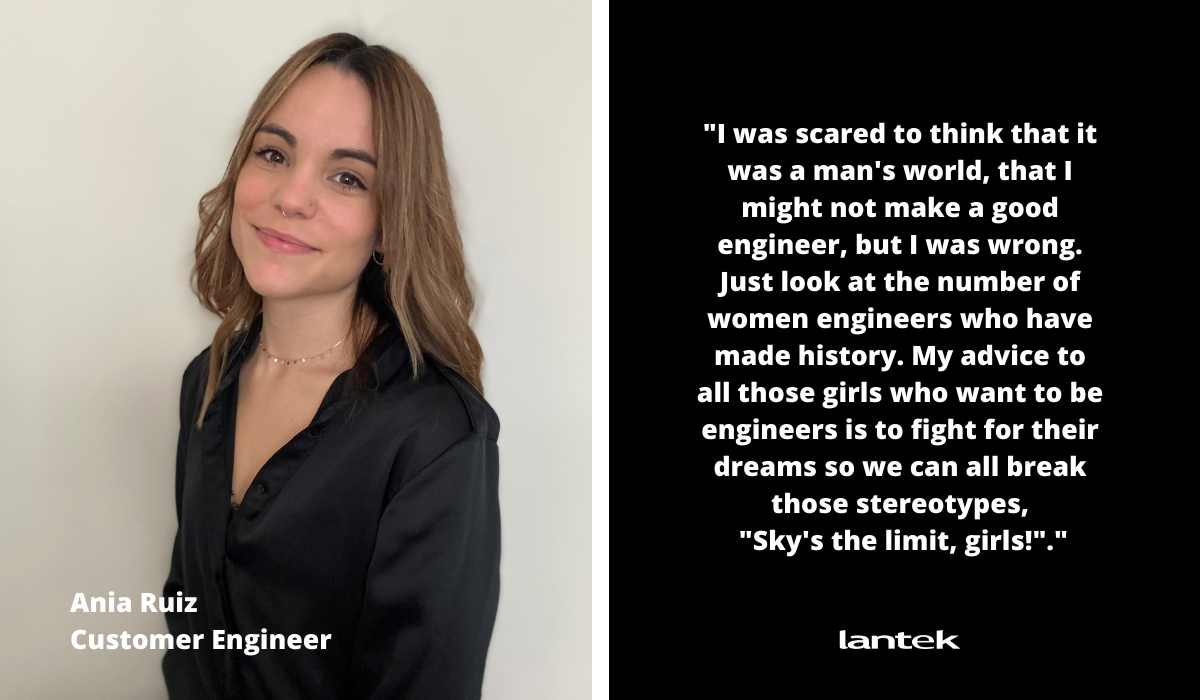 When we talk about women in scientific careers, we can’t avoid mentioning the often-unbreakable glass ceiling or that entry barrier, which is fortunately becoming increasingly more equal for men and women. This is how Raquel describes her experience in this area "In my case, I’ve practically always worked in teams made up mostly of men. It’s never caused any kind of problem" although, she points out "it’s true that when you work in a team where you’re the only woman, there are times when you realize that the language and the way people express themselves means that you’re a little left out."

The history of women in science

All of these women agree that times are changing and that science is becoming less of a "taboo" for women. Ania encourages the young ones, reminding them that THE SKY’S THE LIMIT "My advice to all those girls who want to be engineers is to fight for their dreams and together we can break down the stereotypes, "The sky’s the limit, girls!".

The importance of fostering scientific vocation

They also agree that there’s little awareness about "what being an engineer means" and, for this reason, we’ve asked them for their opinion on the Inspira Steam Project to promote STEAM vocations among girls at elementary school. Lidia comments "I think it’s a really interesting initiative and the Inspira STEAM team is doing a great job. It organizes workshops in educational centers with girls and boys to empower girls and try to break down gender stereotypes. This is going to be my first year as a mentor and I’m really excited."

Maria Jose agrees "I believe that any initiative that promotes a scientific-technological vocation among girls is good, because according to statistics, women don’t usually opt for studies of this type. But the most important thing is that they’re aware of all the options out there, that they choose freely and know what they’ll study in the future."

The future of women in science

As we’ve seen, the future lies largely in technology. That’s why it’s important to give greater visibility to the professions related with it, to give boys and girls information and show them this path to open doors so that they can enjoy and discover this world.