Share:
Established in 1996 in Shenzhen, South China, Han’s Laser Technology Industry Group Co., Ltd was successfully stock listed in 2004. By 2010, it had already grown into a big group of companies with 6000 employees and, by 2017, it had achieved more than 1.6 billion US dollars sales turnover. Lantek has been working with Han’s Laser for a considerable time and its nesting software has delivered significant savings in material usage for Han’s Laser’s customers.

Initially, Han’s Laser mainly focused on laser marking machines and welding machines, but, starting from the 21st century, Han’s Laser began its laser cutting business. At that time, CO2 lasers were the mainstream in the market.  While working with CO2 machines, Han’s Laser invested heavily in research and development on the fledging technology of fiber laser – which was not well developed at the time with many problems which needed to be improved. With the interaction between Han’s laser and IPG（continuous innovation）, and patient perseverance on the new technology, Han’s Laser became the first Chinese machine builder to successfully manufacture fiber laser on a large scale at very competitive price and performance levels. This enabled Han’s Laser to become the number 1 laser machine builder in a very short time. Currently Han’s Laser sells about 3000 to 4000 laser cutting machines per year around the world, big and small, through its efficient sales network.

Flame Chen, CEO of Han’s Laser Smart Equipment Group, who has more than 20 years’ work experience in Han’s Laser, is very concerned about the future market trends and always takes the lead with new products. Manufacturing tube laser cutting machine is one example. In 2006, Han’s Laser had already began investing and conducting research into the cutting of different tubes and profiles. In 2015, when the market demanded tube cutting machines, Han’s Laser was ready and so was Han’s tube cutting machines, unsurprisingly, generated strong sales.  It was at that time, Han’s Laser realized that good software system is needed to manage its machines to deal with different and complicated cutting requirements.  They had compared different software companies and finally cooperated with Lantek. Mr. Zhao Jian, Production Manager at Han’s Laser says, “Lantek has rich experience with tube cutting technology and its Flex 3D is an independent and mature module, which can perfectly manage our tube and profile machines.”

Lantek started the development of Flex 3D Tubes before the year of 2000.  “Lantek is a technology company. Aligning resources to future products is important for us to keep our leading position. We must keep our position by developing new capabilities which our competitors do not have, or by rendering more functions than other software to help our customers to cope with any situation they might come across.” Says Lantek CEO, Alberto López de Biñaspre.  Since cooperating with Han’s Laser, Lantek has developed more than 200 functions, which will benefit this industry into the future. “A large and dedicated development team is the key to deliver a quick response to market requirements. Lantek’s value lies in the fact that it can really solve problems which our customers face every day. Collision avoidance and destroying holes are just two examples. Our software helps the smooth operation of thousands and thousands of machines on daily basis.” Says Francis Perez, Lantek Product Manager.

Lantek has been working with Han’s Laser for a considerable time and its nesting software has delivered significant savings in material usage for Han’s Laser’s customers. In addition, they find the software intuitive and flexible to use. The successful relationship between the two companies is based on mutual trust. Flame Chen, CEO of Han’s Laser adds, “For all the years we have been working with Lantek, they have been truly helpful, supportive and innovative. Their products and solutions offer great flexibility and openness with powerful performance. Also, the service they’ve provided exhibits expertise and professionalism. The cooperation between Lantek and Han’s Laser has been strong and steady, and we would like to work together with them to keep this relationship as strong and steady as possible.”

Lantek has about 20 offices around the world. In China, Lantek has its own structure in Shanghai, Beijing, Tianjin, WuHan and Shenzhen covering all the important business areas in China. “Our customers are everywhere in China and we are exporting more and more to other countries. Immediate technical support is important for us for high levels of customer satisfaction.” Says, Mr. GuiChang Luo, General Manager of Han’s Laser Tube machine division.

In July 2019, a team from Han’s Laser visited Lantek’s headquarters in Vitoria-Gastiez, Spain. They were very impressed by Lantek’s product lines from CAD/CAM to MES and ERP. “Software for the sheet metal industry is a niche market. Lantek has everything for this industry; they even integrate AI, cloud computing and big data technologies into their products. These technologies are the key to Chinese intelligent manufacturing and, companies like Lantek, are indeed what we need as strategic partners to help us to go even further,” Says Mr. Flame Chen, CEO of Han’s Laser Group.

Multi-location - digitization: the vaccine that the metal industry needs

The industrial sector, like many others, is facing a period of uncertainty as the economic and business scenario has been radically transformed over the last few months by the impact of the COVID-19 pandemic. One thing’s for sure: emerging intact from such a delicate situation doesn’t just depend on ourselves; there are many intervening factors and they are closely connected, such as the recovery of the major world powers’ economies, the measures taken by the governments in each country or the evolution of the virus itself. 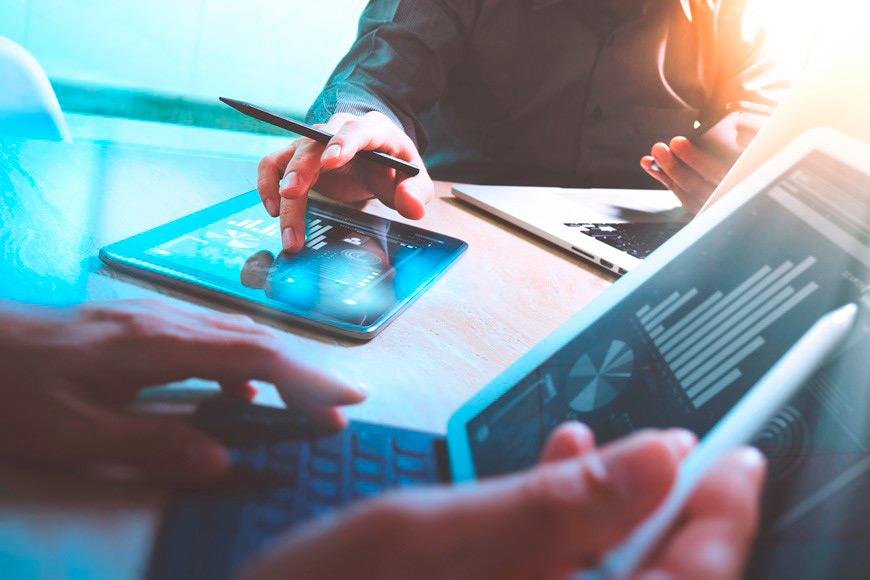 It is generally quite difficult to know exactly how much each process contributes to a product’s value chain. The sheet metal world is not immune to the difficulty of estimating the right price for the product. There is an infinite number of processes that add value to a product: material used, scrap generated, cutting time, consumables used, labor associated with production, miscellaneous indirect costs, etc.

Technology consumes our daily lives, why not our manufacturing facilities?

We hear it daily from manufacturers: “I would love to become more digital, but I am just too busy.” While being busy is great for your business, and carving time to implement new technologies can be difficult, it is becoming more and more essential. Not only can it be difficult to find the time to implement, it can be particularly difficult to understand what exactly your facility needs in terms of technology and how to plan for future developments.