Share:
The speed of responding to customers with a competitive quotation is a major factor in the success of its business according to Elliott Causer, Production Supervisor at Emsea based in Tewkesbury (UK). 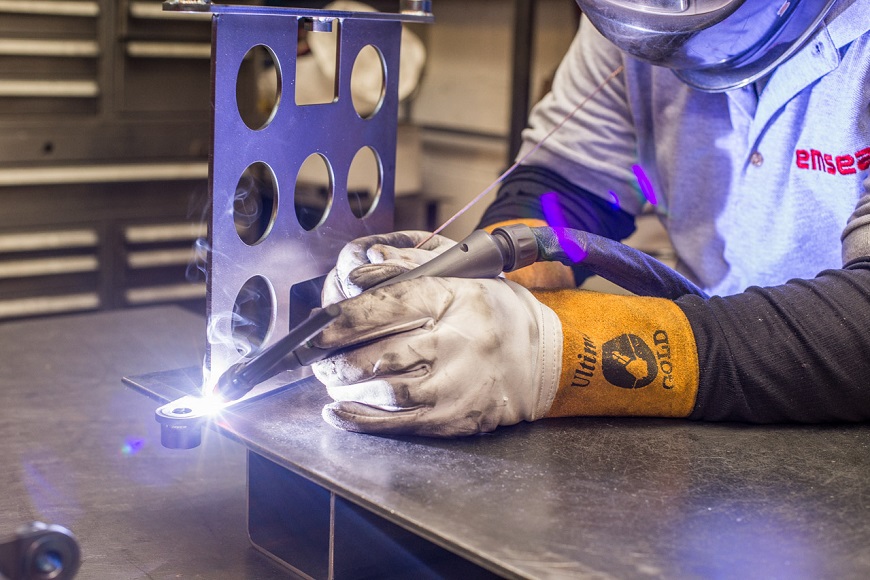 Emsea has been using Lantek software to drive its laser cutting machines since 2004, starting with Lantek Expert, adding Lantek Integra in 2007 for customer relationship management and ERP with Lantek Integra. The company is aiming for £3.5 million turnover this year and it relies entirely on Lantek’s software to respond to customers and organise workflow through the factory, a task which would otherwise be impossible.

Elliott Causer says, “We started with spreadsheets to prepare our quotations but, with the introduction of Lantek Integra we now have quotations and stock control of parts and material at our fingertips. On average we prepare around 40-50 quotations every day for both existing and new customers. Speed is a major factor in getting the order, it is rarely a question of price.”

The vast majority of parts manufactured by Emsea are bespoke or a variation of a previous part. All the material prices are held in the Lantek software, which are updated at a maximum of three month intervals. Consumables and outsourced tasks, such as powder coating or shot blasting, are integrated into the system but price checked on a job by job basis.  The software then applies a specific markup to ensure profitability and fair pricing.

In 2018 Emsea introduced Lantek’s workshop capture, Lantek MES Capture, routing system to standardise processes, ensure no operations are missed and provide consistent pricing directly from the CAD data. The company has 37 different routes including countersinking, assembly, folding and welding and the software calculates the cost in the background for all these operations. On the shop floor, tablets are used by the operators to validate their work.  The company uses a stillage system to keep track of its work with all parts due by a particular date nested together according to material and put in a colour coded stillage. Elliott Causer says, “With this system all our engineers will give the same quotation for each job delivering consistent pricing, while on the shop floor we rely on the operators validating their own work, which works well. Lantek was really helpful in customising and calibrating the system.”

Emsea is now looking at Lantek’s Analytics software which will give an accurate picture of what is happening at each stage of the manufacturing process, keeping track of, for example, how long the machines are running and the time spent on welding for each part. Elliott Causer adds, “With Lantek Analytics, we will be able to see exactly where we are making money or not making money, comparing what was quoted with what actually happened.” With this information, the company can take steps to improve individual processes with new equipment or methods and update the pricing in Lantek to reflect the actual cost of every stage of manufacture. The company is also looking forward to the launch of Lantek Metalshop in the UK which will allow them to automate quoting for some parts with an online capability which will return prices almost instantly.

Cloud based computing is also something which is in Emsea’s plan for the future. It already uses cloud storage for Lantek Integra. It outsources its IT to a local company and invested a significant amount in upgrading its servers in 2019 so, the company can see the benefits in moving more of its infrastructure to the cloud to save cost while maintaining security and accessibility.

Accessibility is particularly important now as two people have started working from home.  Elliott Causer says, “With the pandemic, we were initially worried, but after about three days we suddenly became crazily busy, the busiest we have been for a long time. For example, we supply screening buckets for road repair to one of our customers. Last year we manufactured 180 - 200 buckets. This year we have already made 220. We have rearranged our working environment to enable our staff to work safely including, fewer people in the office, home working, staggered break times, operators working on one machine only and hand sanitizing on shared machinery such as fork lift trucks.”

He concludes, “Lantek is definitely a vital part of our business and we could not operate without it. We have been working together for 16 years and the support provided by its team has helped our company grow and provide a rapid response to the demands of our customers, which is a major element in our success.” 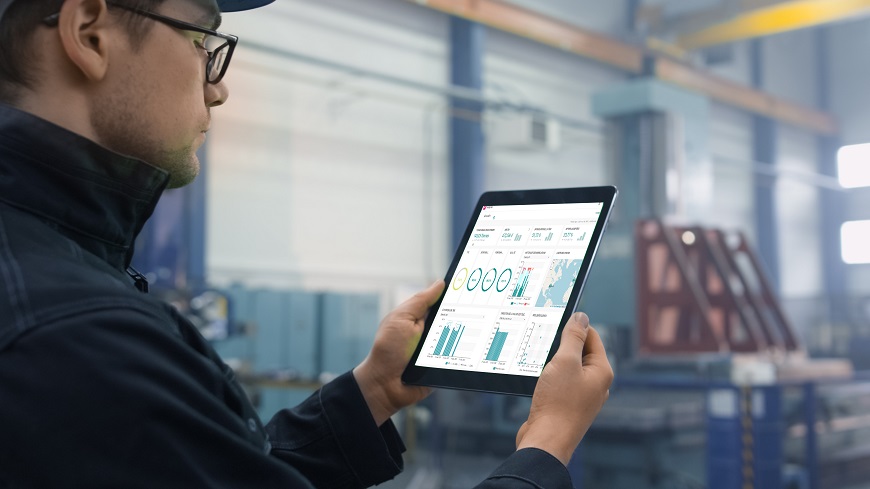 Digitalization and remote working: two concepts combined to bring us the opportunity to work everywhere

As we saw at the start of the pandemic, digitized companies have been those best able to overcome the limitations of confinement. They have also had, and continue to have, the greatest potential to succeed in these times of uncertainty. In times of coronavirus, the value of connectivity has been recognized for its ability to enable productive activity to continue through remote working. 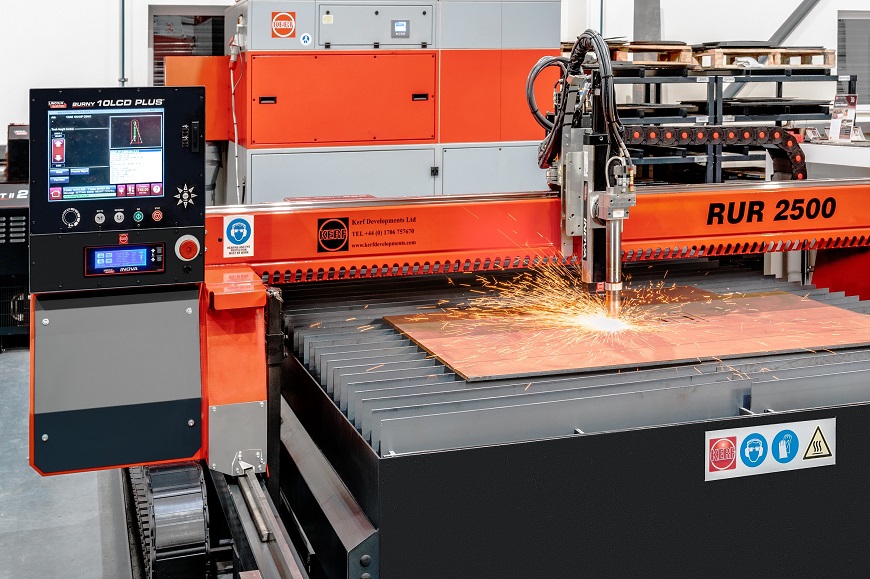 Kerf Developments has been building plasma, oxy-fuel and waterjet cutting machines since 2002. The company originally started as a service-based organisation repairing and upgrading a broad range of profile cutting machinery. It was the experiences gained working on such a varied range of equipment that formed the basis of the current machine range. 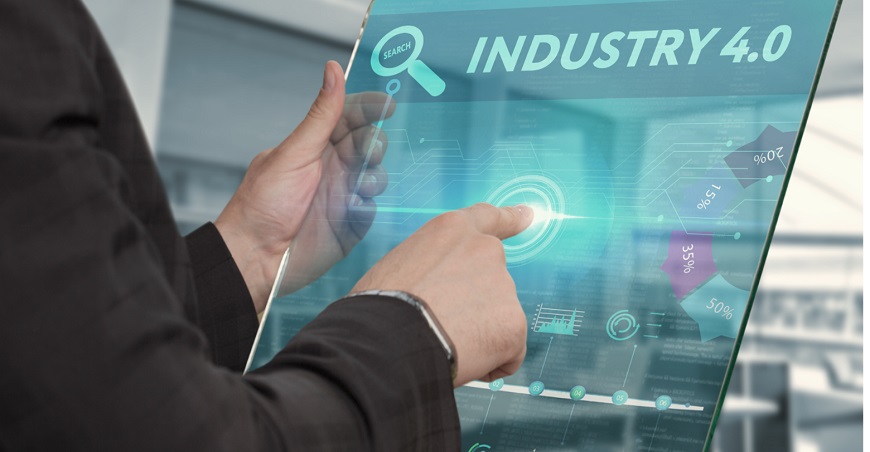 Digital Factory, when digitization is synonymous with competitiveness

The industrial sector is a country’s growth pillar, it’s the competitive advantage of an economy that is able to generate quality employment opportunities that are stable and well recognized both professionally and in terms of salary. However, to sustain these strengths, we need to innovate, renew ourselves and anticipate the progress that is available to society, which unavoidably involves digitization.